"The Romanian team offered the maximum, I do not think they can play better....." said Martin. (This conviction is very convenient to us... but I feel this statement is only for hungarian press not his intimate beliefs). I tell you what : for us too the levell of CSM play was a wonderful surprise,more than team shows formerly matches.

Some of Tadici statements in RO press :
EHF Cup adventure Zalau will continue, and after the group stage, the girls trained Gheorghe Tadici qualified Sunday in the quarter-finals of the competition after the victory over Larvik ground, 25-22. HC Zalău has eight wins in nine matches played this season, the only european performance obtained with Romanian players.HC Zalău feels good but in EHF Cup, where he played the final six years ago, but at that time the format was different. Then, with the grouping of eight matches in the final accounting, and now barely reached the quarters. "It's a performance that's a repeat in 2012 EHF Cup final I played with Lada Togliatti, but now it is something else. It is played after the format of the Champions League, are groups you have played six matches to qualify instead of two. It's much more difficult from the point of view of sports, financial and exercise. You have to make thousands and thousands of kilometers. I had a good run, four wins in four qualifiers in groups, I scored well for coefficient of Romania, as well as Craiova and hope to reach CSM Bucharest Final Four because he is their objective. Sure, internally and have goals, but there is no question that you don't meet them, given that they have peaks of the 6-7 countries. "said coach Gheorghe Tadici, Zalau.HC Zalău played already nine parties in 2018, over a period of only four weeks. The tour de force of the team of Gheorghe Tadici will continue, given that tomorrow a motion from Cisnadie, Saturday's match at Hoors, and in the period following his debut in the Romanian Cup. The latter competition could, however, be left to the backburner by the Residents, considering high submitted the effort so far. "I was thinking yesterday and today and on this, I'll have a discussion with the District Council, and with the shareholders. It's huge to play nine matches on 7 January to 4 February, are thousands of kilometers to go. It's not easy at all to play every three days, and medical problems. On Wednesday we match to Sweden on Saturday in the Palace. You have to go through a journey of 12 hours, the airport is not pleasant and I pray to get down safely from these games and then see what will be, if we continue on the three fronts, Championship, EHF Cup and Cup Winners Cup. I like to follow the competition, I didn't ...The results obtained in the last two seasons were obtained only with female Residents from Romania. It is, moreover, a project that has him Gheorghe Tadici tried, successfully, in at last and Vâlcea. The key to success? "There can be only one answer: work! It's a large volume of work submitted, to drive 58 minutes with Larvik even to resist with CSM Bucharest is not least thing. From numerically not stand very well, we have 15 player in the squad, while six were under 21 years of age. I'm glad that everyone is convinced that it can make a team performance with 100% of Romanian women. We have demonstrated that when the Valcea and in the two years I've won five trophies, including the Cup winners ' Cup and European Super Cup. And to win the European Super Cup was supposed to be better than the winner of the Champions League from the previous season. All the players have grown, glad they understood what had to be done, have been sacrificed and have recovered. If not it would be recovered as it ought, perhaps ...
If you think this sort of materials are too long please let me know ....the article only romanian languge in
http://www.handbalvolei.ro/povestea-zal ... ontinuare/
Top

Don't listen to that old fart Tadici. I can give him some merits, but his declarations are stupid.
Top

A long interview with Polina Kuznetsova: 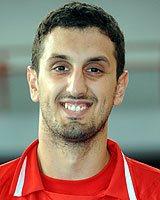 An interview with Andrea Penezic where she says that she's negotiating with a couple of clubs and that she wants to play handball for one more year: http://www.stregspiller.com/one-more-year/
Top

Synchrony wrote:An interview with Andrea Penezic where she says that she's negotiating with a couple of clubs and that she wants to play handball for one more year: http://www.stregspiller.com/one-more-year/

If Penezic plays more years, it'd be great for handball

A short interview with Ambros Martín was published on Nemzeti Sport before the match against Bucharest.
He mentioned there, that he would like to coach a men team - in the not so distant future - "perhaps from next season, maybe after the 2020 Olympic Games".

In the rest of the interview he talked about how the current situation affected his team ("my players are professionals, they know what their task is"), the new challenges/adventures he needs and that he'll tell everything honestly at the end of the season (the reason(s) why he decided to leave Győr).

At the same minute

Talk about results of Budućnost in CL, and more interesting about general situation of handball in Montenegro, and how big results are made with such a low level.
She mentioned that in 2017 U19 EURO Qual. she had only 17 players from that age to select for NT, while France had around 2500 ready players, and they lost by 1 goal. Afterwards, France won a title on that EC.

Talk about results of Budućnost in CL, and more interesting about general situation of handball in Montenegro, and how big results are made with such a low level.
She mentioned that in 2017 U19 EURO Qual. she had only 17 players from that age to select for NT, while France had around 2500 ready players, and they lost by 1 goal. Afterwards, France won a title on that EC.

And on EHF Euro they lost by 10 goals.
Top

Interesting interview G.Tadici.....among others statements he has the opinion after 3 years of "benching" Bazaliu should be loaned by CSM to a middle romanian team...
http://www.gsp.ro/sporturi/handbal/excl ... 35879.html
Top

<<Flying Per >>answered the question about the possibility of prolonging CSM contract from summer, if he'll win the CL title . "If I should win, may be not, if I get the trophy already on my CV list....." PER made a joke ..."I don't know if it will be going on(coaching CSM) the summer-after, I don't think so...WE have alltogether only 7 weeks, and as future plans only Montenegro's NT exists . But we never know what will happened. "
http://www.prosport.ro/alte-sporturi/ha ... a-17113006
Top

Well worth reading, especially the part on Trefilov.
Top

this seems to be quite old news, but it's the first time for me. sorry if you already know about it:

Rita Lakatos about her transfer to Byasen: Lakatos Rita is not afraid of Norway

(keep scrolling down, because her English text starts at the middle of the page)
Top