Maybe @Silviu's wish will become reality. Coach Tadici should be back!

^ I'm sorry, I wasn't very clear on chat, I don't want Tadici back. I think he's a closed chapter and he too had his ups and downs during his long career but maybe he were a better coach for the youngsters that we've sent in France than Martín was. The only thing where Tadici is absolutely right, we need to find someone who has more time to focus on his job than Martín has. Just to annoy @Doru Delavale a little bit: maybe Pera?

I was just kidding, Silviu, you don't have to upset Doru too.

I think there is no single fan here who doesn't want a full time coach.
Live long and prosper.
Top

^ On second thought, Tadici might be exactly what our girls need 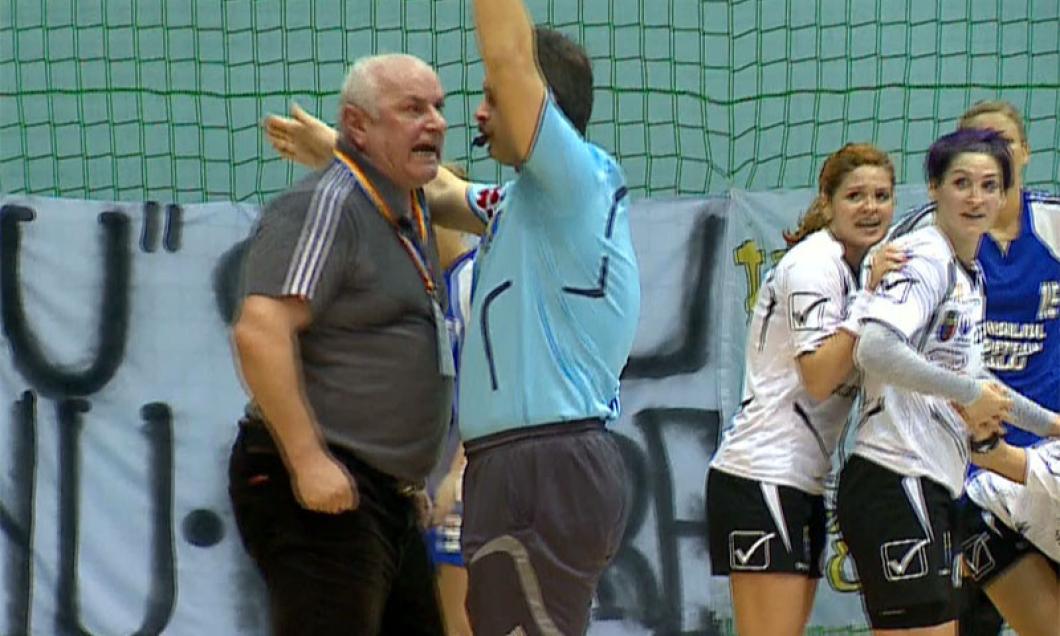 Ridiculous analysis of that cheeky parrot Handbal Feminin which "destroyed" (as a coach) AM because once ,at TO, named Lorena Ostase as "pivot" and not remembered her name (mai sa fie ! ce greseala ? ...de neiertat...)

Carmen Amariei among the five "EHF female coach of the season" nominees.

Moved my reply in here too, sorry for double-quoting:

The fact that Buceschi was the assistant coach during first mandate of Ryde isn't significant enough? As for the rest, I agree with Marius Huțu; to be honest I was very disappointed when Lecușanu has lost the elections by a margin of just one vote.
Top

Ok ,this 22 players squad will be restrained to 16 players. Neagu will be absent to these 2 actions in september (home ,against Ukrajne and ag. Faroe out of home...) So will be probably ag. Ukraine :

. As for the only one right back... probably Udriștioiu will be also used on that position.
Top

^ I agree, her time at the National Team is up, but Elisei is still an excellent defender on her position. Iuganu is a mystery indeed. Maybe she made some impression with her 26 goals in just 4 rounds?
Top

I partly agree about Elisei, I mean she still is a good defender, but how is her serving our cause? Our NT will soon turn into a grandma party as nobody tries to blend in some youngsters. and scoring doesn't seem to be the main criterion here as Vatu was the best scorer last season and she gets ignored all the time. (I know she is not a youngster, but Iuganu is about the same)
Live long and prosper.
Top

Ambros Martin making some light about his decission to end contract with FRH:
http://www.eurohandball.com/article/033245
Live long and prosper.
Top

My feelling is we are going to suffer badly , both on LB and RB ...on positional atack. No one there is surehand scorer.
Top

^ Not only that Sorina played against Zalău but she actually scored a lot, so thank God!, her injury wasn't serious at all. That makes Ryde's decision to call in Adespii even more questionable...

heard that Tiron injured (so ,is out!) and Ryde prepare to call Dragut-Savu

but Dragut is left hand player so is about anything else ???
Did they think they were too many on LB ?
Top

Here is Ukraine's team to encountered Poland in 28 september 2019 in Kiev ?

On the other hand, TVR HD is broadcasting this game which I believe it will be pretty interesting mostly because we are facing Neagu's absence (and we should get used to it as she is not immortal). I think Glibko will have a word to say tomorrow.
Live long and prosper.
Top

Agree to your observations (Swart) but sincerelly I should had been more confident having Sorina on THIS NT's atack...

For me Iuganu's case is closed ...the rest have to prove (...but I must confess I have no great expectations ) . (in atack,I mean)
Top

I am not at all against Adespii but she just came back after an injury which kept her far away from the handball court for a long time. She doesn't even play yet for her team but Ryde just decided out of the sudden to call her?

Users browsing this forum: No registered users and 6 guests